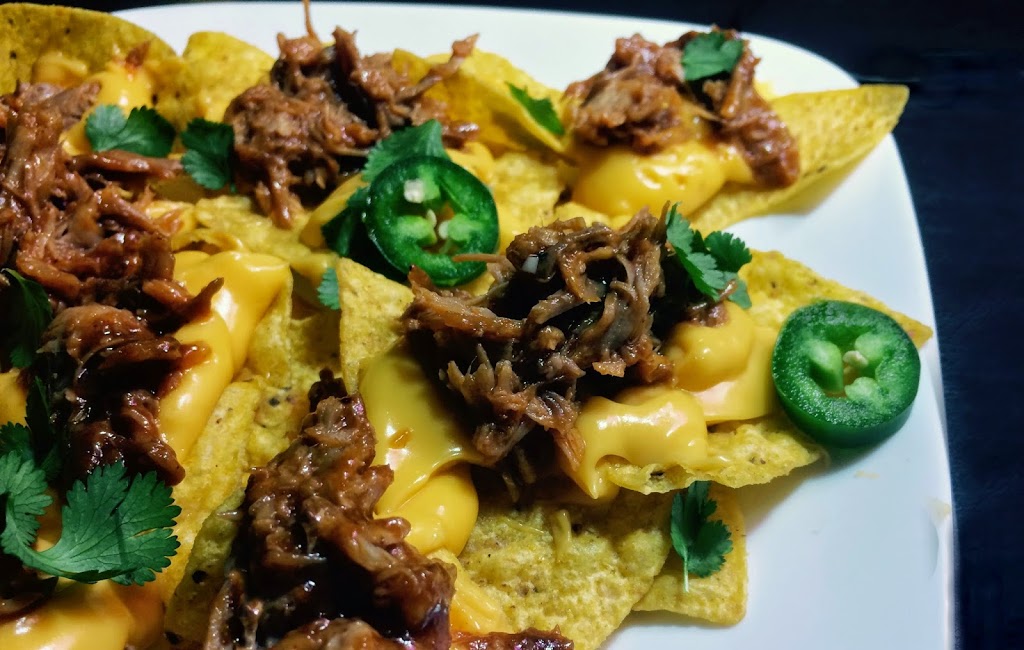 I made a huge batch of my mom’s pulled bbq pork a couple of weeks ago and froze a bunch in 1 lb portions.  This makes SUCH awesome meals for busy weeknights!  In a flash, I can make pulled BBQ sandwiches, BBQ Ranch Salads, BBQ quesadillas, BBQ Cornbread Bake and these awesome nachos!
The story behind these nachos: We had never even heard of bbq nachos before.  At the Point Mallard Water Park that we go to some during the summer, they have this little BBQ stand that sells the BEST BBQ NACHOS!  Seriously!  They are like 9 dollars for a small container and worth every penny LOL! When we were eating them, I realized it was nothing more than canned nacho cheese sauce, good barbecue pork and chips!  Seriously!  BBQ pork and nacho cheese sauce together make magic.  So, I went home and tried it (and added in some fresh cilantro and a fresh sliced jalapeno pepper for the ones that like it HOT….. actually just me….ha)
Wouldn’t you know, we ABSOLUTELY loved them.  Dare I say even better than the tiny container of 9 dollar nachos at the water park?
Give them a try the next time YOU have leftover bbq pork and then send me 9 dollars.  😉